I have been thinking about getting a new bike for over the year and I finally pulled the trigger on Saturday!

I have had the same bike for over 13 years and it has been good to me. I used to ride my bike to middle and high school, and I took it with me to college. It has several things wrong with it and I have outgrown the frame. When I considered the expenses of fixing it, it just didn’t seem worth it at this point. RIP Mr. Raleigh :(

I grew up always having a bike and riding it all the time, so I thought this purchase through a lot. I visited most of the local bike stores here, got fitted, rode several brands and researched them online. This was my criteria:

I finally purchased a bike on Saturday at the Trek store in Mooresville. I had visited the Charlotte store several times in the past few weeks but they did not have the bike I wanted in the right size frame. I decided to swing by the Mooresville  store while I was in the area, and I found a bike I really liked. It is actually an upgrade from what I was originally considering but the upgraded features may come in handy later on. 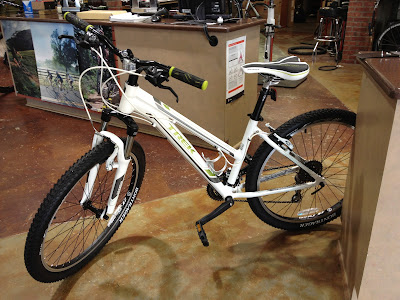 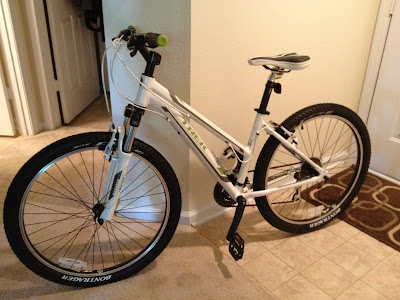 Today I tested out the greenway, which has an entrance right across from my apartment. I rode 9.5 miles! It was really fun. Hopefully I can make this a habit :) 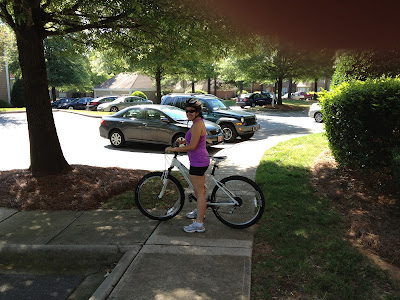 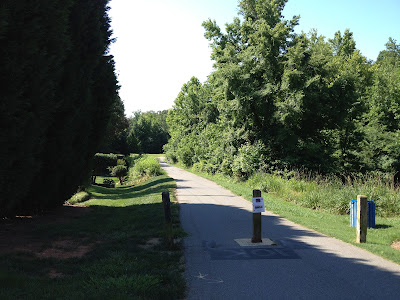