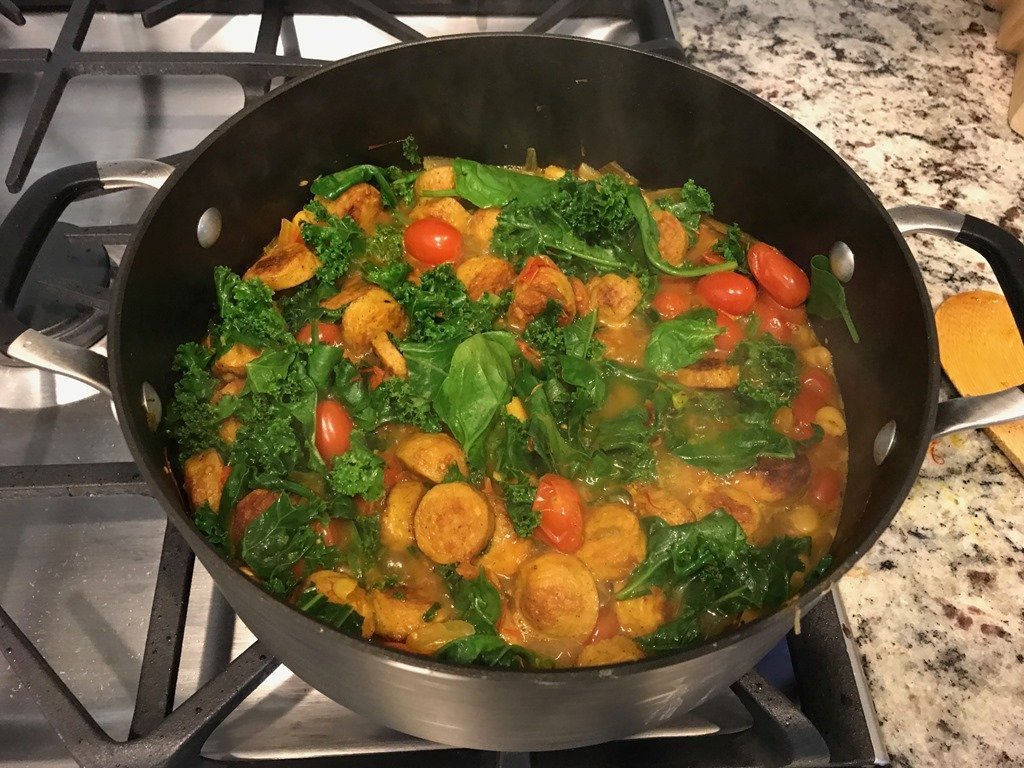 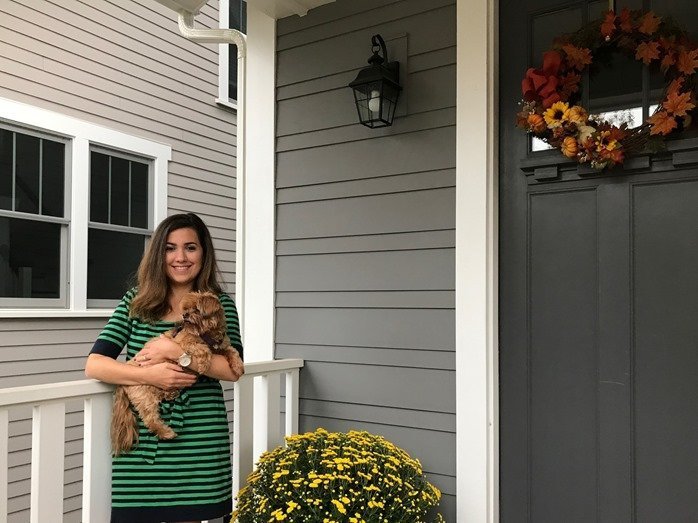 B went out of town for a guys’ weekend with a few of his friends, so I was flying solo this weekend! I decided against making a bunch of plans with friends and opted for relaxing at home instead.

I started out the weekend by trying out a new recipe for dinner, this Tuscan Bean & Kale Soup from my most recent Clean Eating Magazine. It looked like something that would be simple to make during the week, and the ingredients seemed like they would hold well in the fridge if I wanted to save some for leftovers <—two things I love when I’m trying a new recipe. 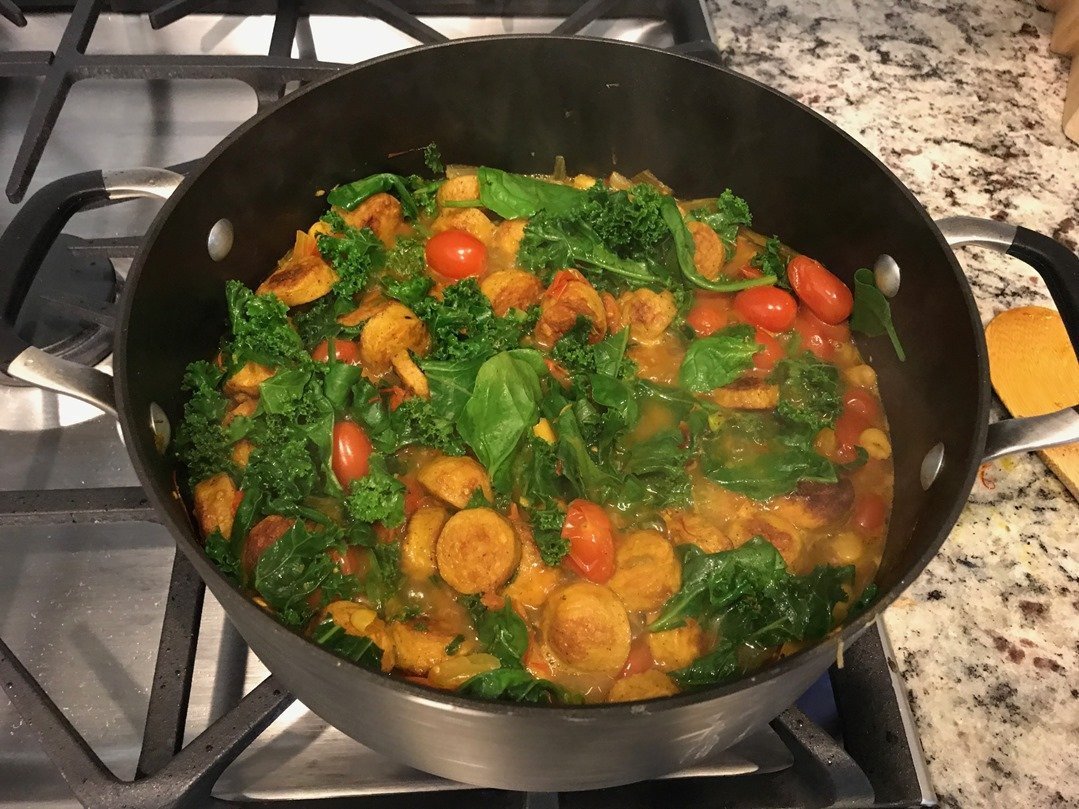 If you want to try it out then just be aware that it calls for saffron. This isn’t something I usually keep in the cabinet and it’s kind of pricy- $5.99 at Trader Joe’s for 2 pinches worth. The cashier at TJs thought I was going to not buy the saffron when I saw the price, but I explained to him that I was emotionally committed to trying this recipe as it was written.

The soup ended up being really tasty, although a bit higher in sodium than I would like- 904mg in 1/4 of the recipe, and I think I ate 1/3 of the recipe for dinner. This is not a deal breaker for me if the rest of my sodium intake is fairly reasonable for the rest of the day, but it’s nice to know in case I’m consuming a lot of sodium in other meals on a specific day. The ingredients called for italian turkey sausage and canonellini beans which is where most of the sodium is coming from. I rinsed the beans prior to using them and purchased a lower sodium chicken sausage to help with this. Some thinks I liked… the recipe was high in fiber and protein, and I like incorporating legumes into my meals when possible.

Something I have really been looking forward to is decorating our front porch for fall. We live down the street from a cute farmer’s market and I have been loving all of the mums they’ve had out each time I drive by. It was #1 on my to-do list for Saturday, and I ended up getting a few mums as well as a couple of pumpkins. 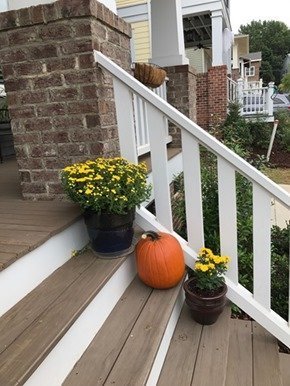 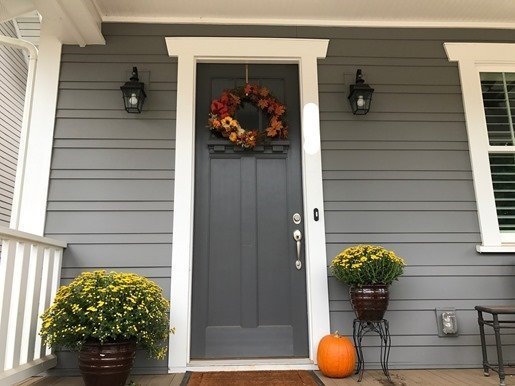 I am happy with the way they turned out! I decided to leave the pumpkins whole for the time being, but I foresee a carved VT pumpkin closer to Halloween.  I made the wreath on the door a few falls ago (you can check out this tutorial here) and my mom recently added some more flowers to it to give it an updated look. My mom is the wreath queen but I’m trying to follow in her footsteps. 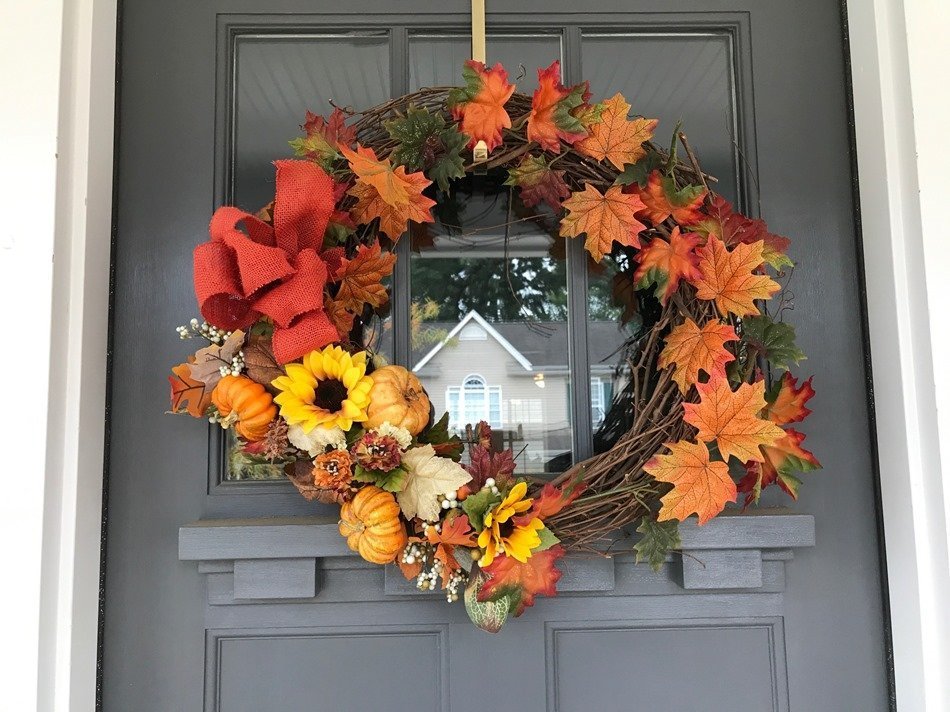 I enjoyed going to bed at a reasonable hour, waking up early and spending a lot of time lounging around the house. I reorganized our family room shelves and bedroom and took a load of old clothes to Goodwill. This weekend was a great way to recharge and face the week ahead!

How was your weekend? Did you do anything fun?