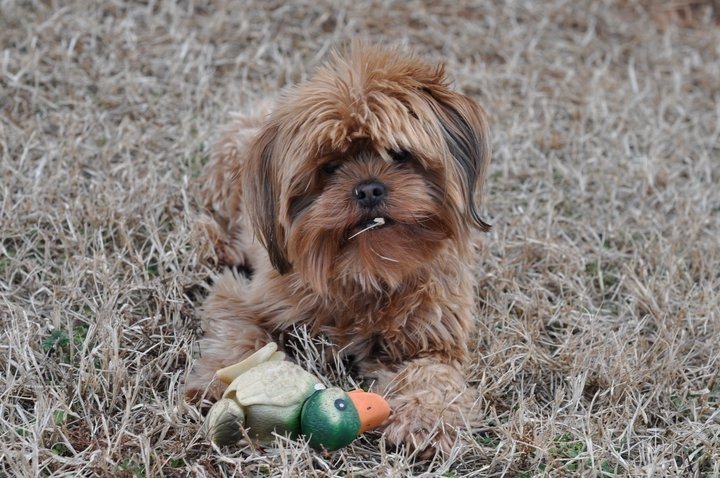 Hey friends! I hope you’ve had a lovely week and are ready for this weekend.

I’ve got to be honest… this has been a rough week in Casa de G&G. Lily was supposed to have eye surgery on Wednesday and it didn’t happen :( 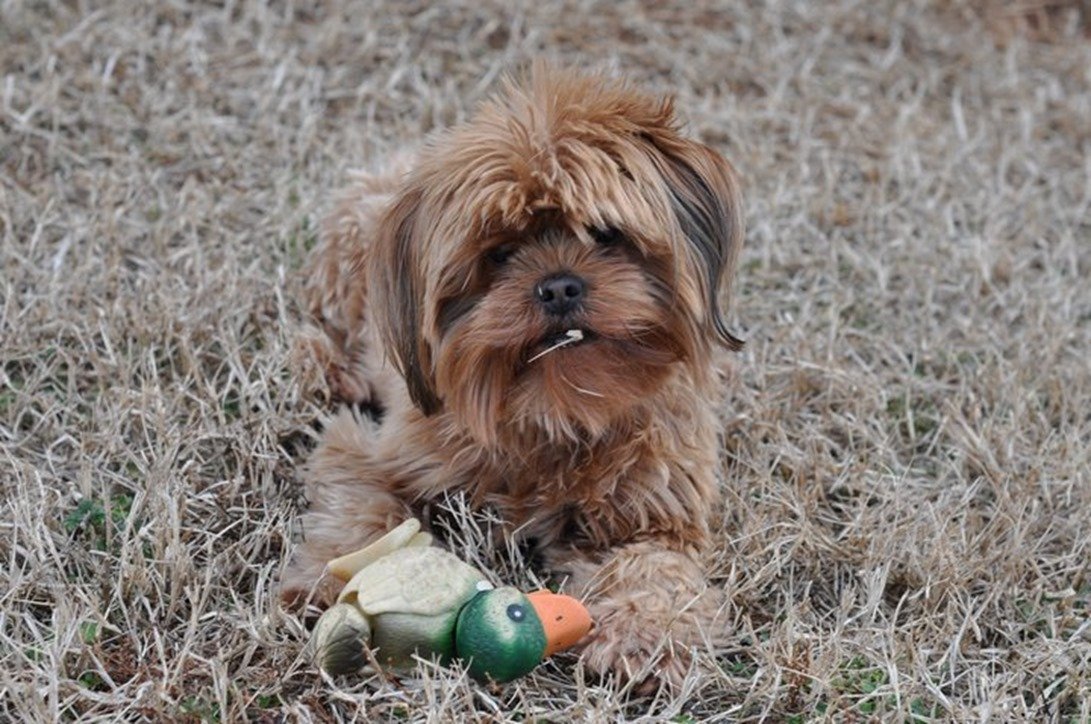 Lily has been struggling with her vision for a long time now. I first noticed issues with her eyes many years ago when she had trouble seeing at night and walked right into a U-Haul truck that was blocking the sidewalk. The vet told me then that she had cataracts that would progressively get worse. I kept her away from stairs in the dark, but other than that I haven’t had many eventful things happen.

I moved in with B earlier this year and that’s when I noticed that her vision problems had majorly progressed. For example, she has no idea where her food and water bowls are if I move them slightly (even when she’s right in front of them). She will come looking for me on the spot on the couch where I usually sit, even if I’m sitting in a different piece of furniture. It’s obvious that she can’t see where I am. She walked right down a flight of stairs at my mom’s house, obviously having no idea they were there. She thankfully didn’t get hurt, but I realized then that she was likely completely blind. It was a huge wake-up call that we needed to be more careful with her. 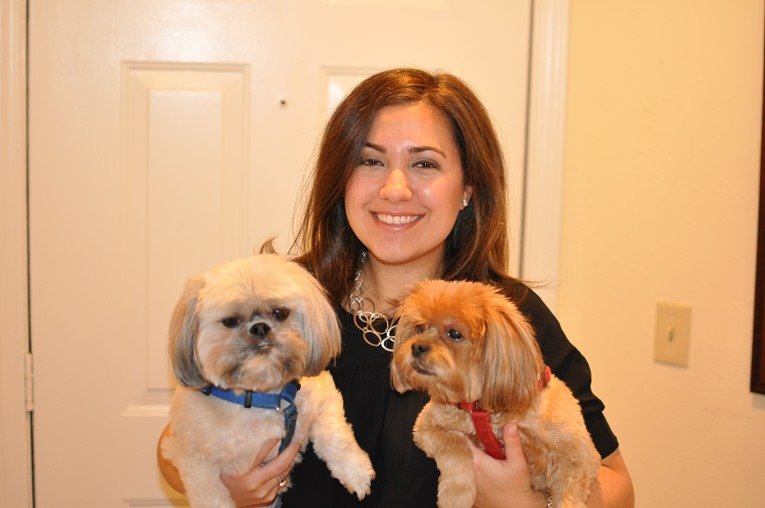 I talked to the vet again about Lily’s vision earlier this year, but after getting a pretty expensive estimate for cataract surgery ($3000 for one eye and $4000 for both) I decided to forgo the procedure and just keep her safe and comfortable instead. We blocked all of the stairs with baby gates and I keep the bedroom door closed now so that she can’t wander around too much.

She seemed pretty well adjusted until earlier this summer. She started having major anxiety issues whenever she wasn’t right beside us. She will follow me to the bathroom and sit on my feet while I’m in there. She got lost in the unfamiliar upstairs hallway and I found her shaking in a puddle of her own pee. She tries to run out the door with us when we leave for work. It’s sad. 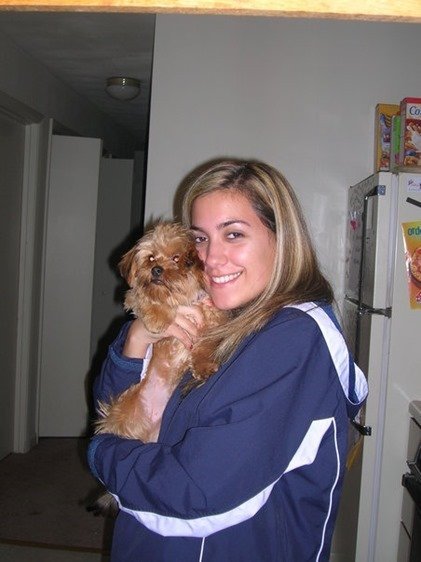 My mom kept her while we were in Greece and she was completely disoriented when she came home. Even a trip to the groomer confuses her so much. She comes home and is constantly walking into walls and furniture, and then cowers down and shakes because she doesn’t know where she is. We recently decided to have had a dog walker come and let her out when we’re out of town just so she can stay in a familiar place. We thought that would help, but she stopped eating her food while we were in Chicago because she was so scared without us. It’s been tough. A few of my friends recommended getting anti anxiety medicine for her, but I felt bad medicating her for something that could be fixed.

All of this made me have a change of heart about the cost of the surgery since I felt like her quality of life had decreased a lot. Lily has been with me through thick and thin over the past 12 years. There were times where I felt like life was so hard, and I had almost nothing, but I always had her. She has been the best companion I could ever ask for. The cost of the eye surgery really seemed minimal when I started to think about the pricelessness of everything she has given me throughout my life. 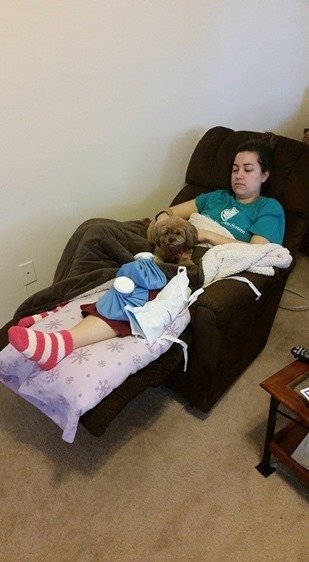 So I decided to move forward with surgery, and B was 100% supportive. We both arranged to either take off of work or work from home over the next few weeks, and we cancelled an upcoming vacation so that we could be home with her as she recovered (uh and pay for the surgery, lol).

Lily’s surgery was supposed to be Wednesday morning. I had been counting down the days until she could see again, and I gave her extra cuddles Tuesday night and Wednesday in preparation. We dropped her off at the eye vet, and I was excited to think that she would actually be able to see me when I went to pick her up.

The vet called me about an hour later and told me they had tested her retina function prior to starting surgery and neither of her retinas were working well. He recommended against surgery since she wouldn’t be able to see even without cataracts, and said there wasn’t really anything we could do at this point to restore or even improve her vision. We went to pick her up, and he explained that her retina function is so minimal that she is nowhere even close to the grey area where he would recommend trying out other interventions. 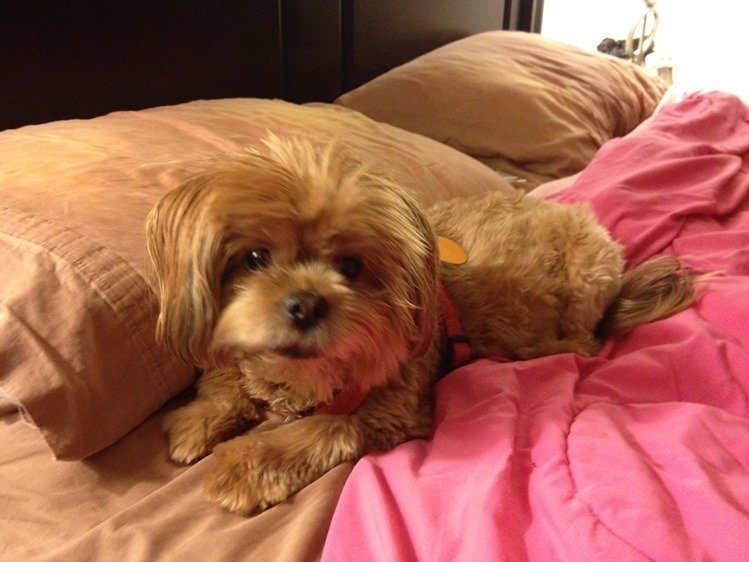 I felt completely heartbroken during the conversation. They had discussed the retina test with me at her initial surgery consultation, and they mentioned the possibility of not being able to operate on both eyes if one of her retinas was bad. I just didn’t think it would be a possibility that she wouldn’t have surgery at all.

I feel so sad for Lily that she will never see again. I pictured us being able to go on longer walks and have more playtime like we used to. It’s really hard to see her grow older. The vet reminded me that we can still give her a great life even though she can’t see. I appreciated his compassion while still being honest. 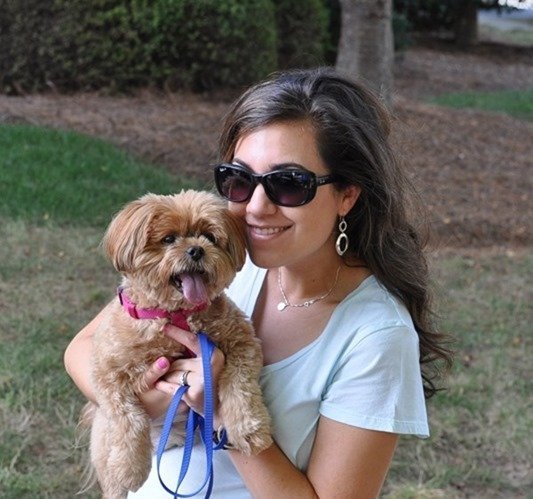 Between worrying about her while I was in Chicago last week to the anxiety of getting ready for surgery to then the letdown on Wednesday, I feel emotionally exhausted this week. But I also feel a lot of closure that we have some definitive answers and can move forward.

Sorry to sound like a downer but that’s what has been going on in my life recently! I’m looking forward to relaxing this weekend. I’m doing a talk at BUF Boot Camp in Charlotte about what to eat before and after a workout and then B and I are going to a fundraising event on Saturday evening.

What are you up to this weekend?

Do you have any pets? What kind and how old?